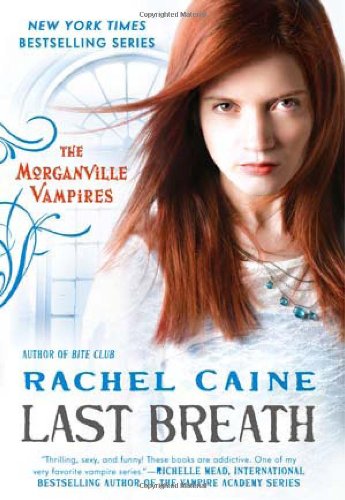 by Rachel Caine
Publication: 1st November 2011
Publisher: NAL Hardcover
Pages: 335
Genre: Paranormal
Age Appropriate: Young Adult
With her boss preoccupied researching the Founder Houses in Morganville, student Claire Danvers is left to her own devices when she learns that three vampires have vanished without a trace. She soon discovers that the last person seen with one of the missing vampires is someone new to town—a mysterious individual named Magnus. After an uneasy encounter with Morganville’s latest resident, Claire is certain Magnus isn’t merely human. But is he a vampire—or something else entirely?
My Thoughts.
**Warning May contain spoilers if you haven't read books 1-10 In The Series**
I have to start by saying I love this series and I'm never disappointed.
So we're in Morganville and Eve and Michael are planning their wedding, a lot of human's and vampires are opposed to the engagement.
Vampires are going missing around town and Claire keeps seeing a mysterious man who's there one minute and gone the next and no one else seems to see him, at the same time Amelie has been given a letter with just one word 'run' and just that one word upsets her enough that she orders all vampires out of Morganville.
Without spoiling anyting this book had a huge twist you would never see coming and the reactions were enough to leave me in tears.
One thing I missed in this book was the interaction between Claire and Myrnin , Claire refuses to speak to Myrnin for most of the book  after he was ordered to do something by Amelie that upsets Claire.
In this book not only do we have Claire's pov but also Shane, Eve, Michael and Amelie and it's great to see how Amelie thinks.
While this book doesn't exactly end on a cliffhanger what happens makes me want the next book in my hands right now!
This book is definately my favourite in the series.
I give this 5/5
Posted by Unknown at 01:08