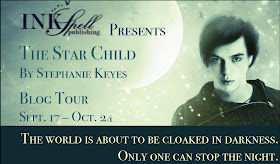 The world is about to be cloaked in darkness. Only one can stop the night.
Kellen St. James has spent his entire life being overlooked as an unwanted, ordinary, slightly geeky kid. That is until a beautiful girl, one who has haunted his dreams for the past eleven years of his life, shows up spinning tales of a prophecy. Not just any old prophecy either, but one in which Kellen plays a key role.
Suddenly, Kellen finds himself on the run through a Celtic underworld of faeries and demons, angels and gods, not to mention a really ticked off pack of hellhounds, all in order to save the world from darkness. But will they make it in time?
My Thoughts...
Kellen is a seventeen year old genius, when we first join him in the book he's graduating from Yale University, with no family there celebrating, his mother is dead and his father is a cold man and has never had or wanted anything to do with him, he plans on moving to Ireland and living in his Gran's house that she left him in her will after her recent death.
When he was six years old and visiting his Gran he came across a girl Calienta his age with her father and ever since then she has been in his dreams every night, and he hasn't been back long when he see's her again, she takes him to a cave who's walls are covered in pictures that have been there for centuries, it's there that she explains to him that he is part of a prophecy and that they are destined to be together, Kellen doesn't believe her at first, but after a bit of convincing and a visit by her father who is kidnapped by his evil son they then set out to try to rescue him.
So begins Kellen and Calienta's trek through another world where gods, faeries, angels, demons, gargoyles and three headed dogs abound.
It's there that both of their destiny's will come into fruition, through time travel and a battle that will determine whether the prophecy will come to pass.
So if you like your books filled with action, adventure and a little romance then this is the book for you.
I'm interested to see whether this will become a series, because after the ending in this book I'm dying to know what will happen next.
I give this 3.5/5.

The giveaway (paperback and posters) is open to US and UK only. The ebooks are international.a Rafflecopter giveaway 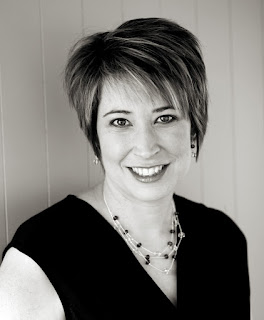 When I'm not writing, I work as a freelance instructional and graphic designer, along with my husband of ten years. My most important job of all, however, is being a mom to two little boys under the age of six and Riley, the Cockapoo Princess.
When I am not working, mothering someone, or writing, I am an avid reader. Naturally, my favorite genre is Fantasy, but I'll read just about anything given the chance!
I'm also a gadget freak (if it's new I have to have it) and a music addict. I play the clarinet, saxophone, and sing.
My first novel, The Star Child, will be released in September 2012 by Inkspell Publishing. I am now currently at work on the second book in The Star Child Trilogy, The Fallen Stars.