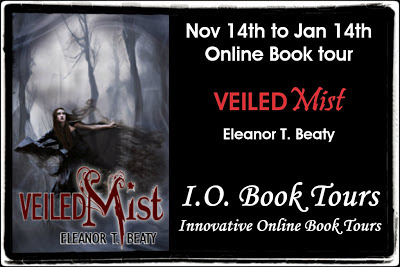 Publication: 28th September 2012
Publisher: B Q Publishing Company
Pages: 260
Genre: Fantasy/Paranormal
Age Appropriate: Young Adult
Buy It: Amazon  Barnes And Noble
On the Caribbean island of Maurray, spoiled-rotten, fifteen-year-old Hanna wakes up to a nightmare. She is not the daughter of an aristocrat but the orphan of a Gypsy. She is the descendant to a mystical Gypsy tribe. Their magic is strong and has lasted six hundred years. Ornella, the tribe's guardian, arrives at the island with her mutt, Count Dracula, to guide Hanna. Hanna is told she must embrace her heritage or die at the ripe age of seventeen. But Hanna does the unthinkable, she chooses death. She hates Gypsies and would rather die. What she doesn't know is that her death will destroy the entire tribe. What she also doesn't know is how persuasive Ornella can be. The nightmare begins.

My Thoughts...
Fifteen -year old Hanna is spoiled, known as the bitchy girl at school with her friends, the one boy she likes Alistair doesn't like her and won't give her the time of day.
One morning she wakes to find that her doll's (that used to belong to her deceased Mother) arms have fallen off, she takes it to a new store that has just opened up to get it repaired, it's there that she meets the owner Ornella, the leader of a Gypsy tribe, unknown to Hanna she is to be the next inductee, that's if Hanna can change her attitude and allude the evil that's determined to kill her before her sixteenth birthday which is when she will be inducted into the tribe, as well as delivering three different dolls to three different people before that time as well.
Meanwhile Hanna's appearance keeps changing to that of gypsy stereotypes, albeit much to the disgust of Hanna who was taught by her Grandmother that Gypsies are dirty, horrible people.
Will Hanna overcome her prejudices to join the tribe like she was destined to at birth? And will she make it to her sixteenth birthday? You'll have to read it to find out.
I wasn't really a big fan of any of the characters in this book, with the exception of Hanna's Grandfather and her brother John, I just didn't like  anyone enough to care what happened to them, and then the insta-love, normally I can live with it but in this book Alistair hated Hanna so much and then it was like in the next paragraph he's telling her how much he loves her, I just didn't get it.
So unfortunately the characters wrecked the book for me, the storyline was fresh and original but when the characters are unlikeable it doesn't make reading it enjoyable.
But in saying that this book has gotten good ratings on Goodreads so it may just be me, please give it a read yourselves and form your own opinions.
I give this 3/5.a Rafflecopter giveaway 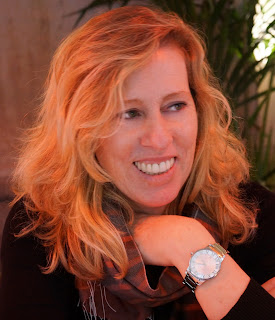 BIO:
I am Brazilian born and raised, of American parents. I live in Sao Paulo with my third husband and children. I studied at the American school in Brazil, in boarding schools in Switzerland and the US. I have a BA in English Literature from FIU. I published a YA trilogy in Brazil and another YA novel in Turkey in 2001, now in its fifth edition. My passion is history and spiritualism. Besides Veiled Mist, I have another YA novel, Fallen Ruler, being released soon.