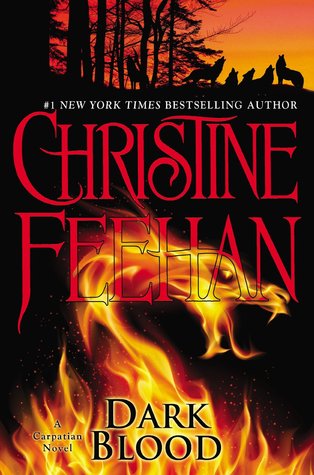 The fates of a warrior reborn and a seductive Dragonseeker are irrevocably entwined in the new Carpathian novel by #1New York Times bestselling author Christine Feehan, “the queen of paranormal romance” (J. R. Ward).At long last you are truly back with us…Zev Hunter was an elite warrior, a dark-blood dealer of death to rogue Lycans who preyed on mankind. He was a loner, never given to personal attachments, and damned fierce at his job. But Zev begins to question his past and his purpose when he awakens in the darkness of the sacred cave of warriors—and is soothed back to consciousness by the sensuously familiar voice of one woman, the woman who has haunted his fantasies for centuries. She was Branislava, member of the Dragonseeker clan…Mother Earth called the ancients to witness your rebirth…For this half-mage, half-Carpathian temptress, the ritual of awakening Zev to the council of warriors was the only way to save him. Locked away for his own protection, the time has now come for his rebirth, for his blood to stir with that of the ancient warriors before him. He has been assured by Branislava that their fates are entwined, that their spirits are woven together for eternity and that his new purpose in life is beyond imagining.Now, with a blood-sworn vow of honor, mercy and endurance, and under the influence of a siren as bewitching as Branislava, Zev begins to wonder what his purpose is, what it means for the future of the Carpathians and what it is about his rebirth that he has to fear…
My Thoughts.
This is one series that I eagerly await with bated breath with each and every new release, as well as the excitement of discovering just which couple we'll be reading about next.

Unfortunately the last six books have been hit and miss for me, I've gone from giving every book five stars to a rating of three, a couple have gotten five but for the most part I've been left disappointed.

I was looking forward to this book, the introduction of Bronnie and Zev in a previous book had me quite excited, the chemistry was definitely there and I had high hopes, so you can imagine my disappointment when Zev turned out to be not what I expected, the main reason I had a problem with him was in the way that Christine wrote the love scenes between him and Bronnie, I realise that he was a dominant personality but forcing someone to their knees to give you a blowjob, not just once either to punish them does not to me constitute a healthy relationship, but the ultimate shocker was having him have sex with her when she's basically unconscious and unable to move regardless of whether he had her consent or not, I was quite shocked that this was a Christine Feehan book, regardless of whether Zev is an Alpha or not, this is not the kind of thing I expect to read about in one of Christine's books, I'm no prude but if I had of wanted to read something like this I can just pick up 50 Shades Of Grey, both Fen and Dimitri are Alphas but we don't see them treating their life-mates this way!

I'm also getting quite bored with the spells that have been prevalent throughout the past few books, I find myself skipping over them, there seems to be too many, I understand that they are a part of the storyline but I could seriously do without them.

There were some things that I liked in this story which helped up my rating and gave it an extra star it otherwise wouldn't have gotten, the camaraderie between Zev, Fen and Dimitri was hilarious, I found myself laughing out loud and rereading some parts that were very amusing.

But the highlight of the book for me was the impromptu dancing out front of Mikhail's house with some of our most beloved characters of the series making an appearance, some who I wish we got to see more of, Julian in particular, I loved his story and character, his sense of humor and the scenes he shares with Gregori are always entertaining, I just wish he had more time in the books.

One mistake that I caught in this book was that in Dark Lycan book twenty-four (page 109) Darius and Tempest had twins, a boy and girl, yet in Dark Blood (page 236) they just have a son, I wouldn't have thought that, that would be something that Christine would forget.

Either way with some new evil characters set to wreak havoc for the foreseeable future I will still continue on buying and reading each future release, I'm invested now after twenty-six books and I have no plans on stopping, I just wish that the series could go back to being as enjoyable as the earlier books were.

I hope that the next book Dark Ghost featuring Andre will be like the books of old and enjoyable enough that I never have to write another review like this again for this series, it kills me to write this because I adore this series. 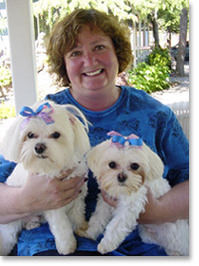 I write every day and have done so since I was old enough to pick up a pen. (I spent a lot of time getting in trouble at school for writing instead of doing the things I was supposed to do.) Once I create my characters, I try very hard to have them react to situations as they really would. Sometimes I have preconceived ideas of what I would like them to do, but they don't mind me, because it would be out of character for them. They take on a life of their own. Sometimes when I throw difficult situations at them in the hopes I'll get a certain reaction and they don't do what I want, I complain bitterly to my husband and he laughs at me. Still, it is important to me to have them be real, not perfect people, so they make mistakes we lesser mortals might make.