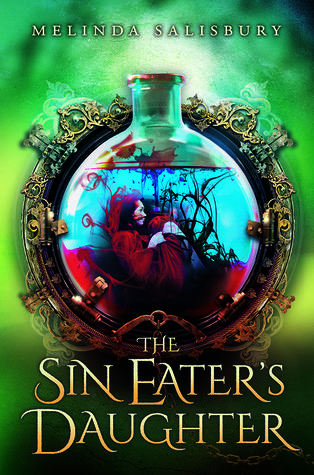 by Melinda Salisbury
Publication: 24th February 2015
Publisher: Scholastic Press
Pages: 320
Genre: Fantasy
Age Appropriate: Young Adult
Buy It: Amazon | Barnes & Noble
Seventeen-year-old Twylla lives in the castle. But although she’s engaged to the prince, Twylla isn’t exactly a member of the court.She’s the executioner.As the Goddess embodied, Twylla instantly kills anyone she touches. Each month she’s taken to the prison and forced to lay her hands on those accused of treason. No one will ever love a girl with murder in her veins. Even the prince, whose royal blood supposedly makes him immune to Twylla’s fatal touch, avoids her company.But then a new guard arrives, a boy whose easy smile belies his deadly swordsmanship. And unlike the others, he’s able to look past Twylla’s executioner robes and see the girl, not the Goddess. Yet Twylla’s been promised to the prince, and knows what happens to people who cross the queen.However, a treasonous secret is the least of Twylla’s problems. The queen has a plan to destroy her enemies, a plan that requires a stomach-churning, unthinkable sacrifice. Will Twylla do what it takes to protect her kingdom? Or will she abandon her duty in favor of a doomed love?
My Thoughts.
I had heard so many good things about this book, so when I received a copy for review I was extremely happy.

From the utterly gorgeous cover to the fantastic story within that will captivate and enchant you, this is one book you'll find hard to put down.

Twylla is the Daunon Embodied (executioner) of her kingdom, working for the Queen she kills the people charged with treason, but the reason why she is so feared is because she kills with just her touch, which means she leads a lonely existence with no friends and no one wanting to get too close to her just in case.

When she gains a new guard Leif, she finds herself attracted to him and he to her, but when Twylla's betrothed who happens to be the Prince comes back to the kingdom after a couple of years away, things you could say become complicated.

With deceit and betrayal around every corner, two big twists especially the one at the end of the book which will definitely shock you and leave you in disbelief, this story will get the adrenaline pumping.

I'm quite excited for the next book, I can't wait to see what happens next. 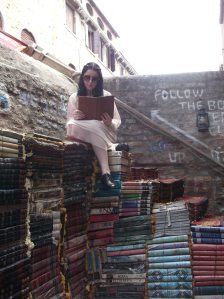 About Melinda:
Melinda Salisbury lives by the sea, somewhere in the south of England. As a child she genuinely thought Roald Dahl’s Matilda was her biography, in part helped by her grandfather often mistakenly calling her Matilda, and the local library having a pretty cavalier attitude to the books she borrowed. Sadly she never manifested telekinetic powers. She likes to travel, and have adventures. She also likes medieval castles, non-medieval aquariums, Richard III, and all things Scandinavian. The Sin Eater’s Daughter is her first novel, and will be published by Scholastic in 2015. She is represented by the amazing Claire Wilson at Rogers, Coleridge and White.
She tweets. A lot.
Website | Twitter | Goodreads | Tumblr | Instagram | Pinterest