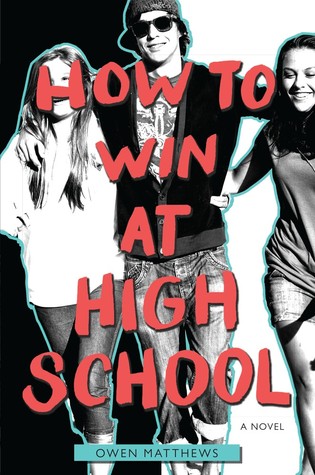 How to Win at High School

by Owen Matthews
Publication: 3rd March 2015
Publisher: Harper Teen
Pages: 528
Genre: Contemporary
Age Appropriate: Young Adult
Buy It: Amazon + Barnes & Noble
Using Scarface as his guide to life, Adam Higgs is going from zero to high school hero.Adam Higgs is a loser, and he’s not okay with it. But starting as a junior in a new high school seems like exactly the right time to change things. He brainstorms with his best friend, Brian: What will it take for him to take over Nixon Collegiate? Adam searches for the A-listers’ weak spot and strikes gold when he gets queen bee Sara Bryant to pay him for doing her physics homework. One part nerd, two parts badass, Adam ditches his legit job and turns to full-time cheating. His clients? All the Nixon Collegiate gods and goddesses.But soon his homework business becomes a booze business, which becomes a fake ID business. Adam’s popularity soars as he unlocks high school achievements left and right, from his first kiss to his first rebound hookup. But something else is haunting him—a dark memory from his past, driving him to keep climbing. What is it? And will he go too far?How to Win at High School’s honest portrayal of high school hierarchy is paired with an adrenaline-charged narrative and an over-the-top story line, creating a book that will appeal to guys, girls, and reluctant readers of every stripe. Adam’s rocket ride to the top of the social order and subsequent flameout is both emotionally resonant and laugh-out-loud funny.
My Thoughts.
I was so surprised by how much I enjoyed this book, I flew through it in one sitting, it was a quick read which I attribute to the way it was set out in the book, with some pages only having a couple of sentences at most.

High School can be a scary time for a lot of people especially for Adam Higgs, a self-confessed loser who is determined to rise high in the ranks and hang with the popular kids, ever since his older brother Sam was injured playing hockey and ended up a paraplegic he's determined to have Sam live vicariously through him and to become king of the school just like Sam should have had the chance to be, the only problem is obtaining that goal, when you're known as the pizza boy working at the local Pizza Hut you need something else to be known for, so when an opportunity opens up he takes it, and that is doing the popular kids homework for money, that soon moves onto alcohol and pills, even having to hire other people to help him with his growing business, but Adam is so focused on his goal that his girlfriend Victoria (who is blind to what he's actually doing) and Sam get set aside for his determination to rule the school.

Things end up going downhill eventually lost amidst the money, booze, sex and drugs will Adam realise all that he's lost on his way to popularity?

I found this book to be almost addictive in the sense I really didn't wan't to put it down, an interesting male lead who goes from zero to hero his upwards rise and downwards fall and all the stuff in-between, thoroughly enjoyable and a great look into high school hierachy. 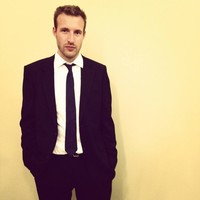 Owen Matthews was raised on rap music and violent video games. He is a graduate of the University of British Columbia’s creative writing program and has worked on fishing boats and in casinos all over the world. Under the name Owen Laukkanen, he writes crime thrillers acclaimed by critics and bestselling authors like Lee Child, Jonathan Kellerman, and John Lescroart. A fan of fast cars and sugary breakfast cereals, Matthews lives in Vancouver, Canada.
You can visit him at www.theowenmatthews.com.