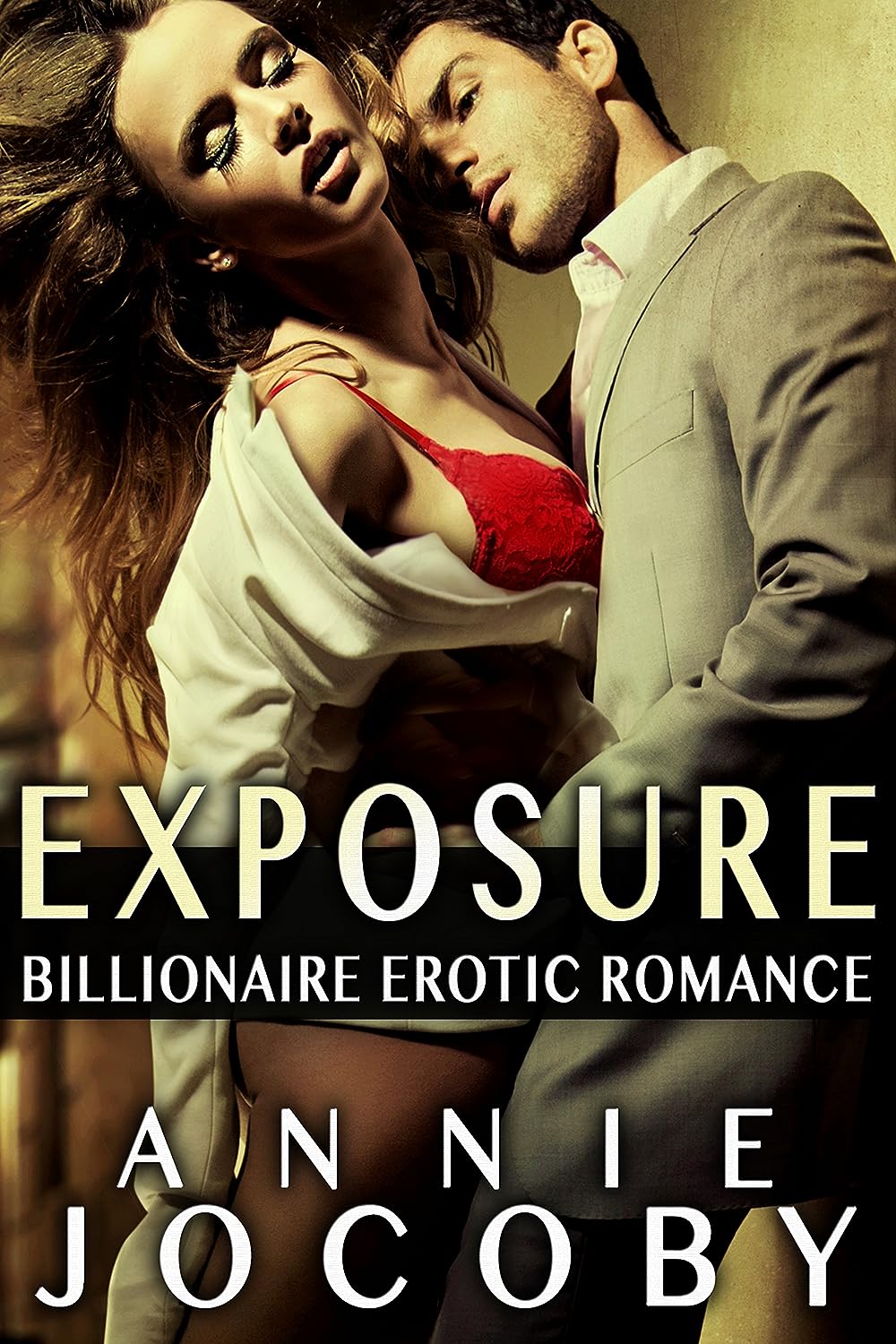 Photographer CJ Parker is a woman who has literally not gone outside for the past six months. She’s been hiding from the world, and from life, ever since an unimaginable tragedy forced her into seclusion.
On the one day where she decides to finally venture outside, she meets the mysterious billionaire, Asher Sloane. Dark-headed, magnetic, and gorgeous, Asher drips sex and animal magnetism. He draws CJ out of her shell and into the world, while showing her things that she never knew existed.
What CJ doesn’t know is that Asher has a dangerous past. Behind his beautiful blue eyes and confident demeanor lies dark secrets that, if they are brought to light, could mean the end of CJ and Asher’s relationship.
Will the exposure of Asher’s past destroy them?

I always enjoy reading romance books that feature a billionaire businessman and a heroine struggling to make ends meet, when there is a secret or some kind of tragedy involved so much the better, and we get all of that here in Exposure.

I was drawn to this book because of it's premise, C.J is agoraphobic after a tragedy that has left her housebound for the last six months, quickly running out of money she knows she needs to get back to work, she decides to venture outside but doesn't make it far before it becomes too much and she loses consciousness, when she comes to she finds herself in a strange apartment that just so happens to belong to billionaire hottie Asher Sloane, the attraction and chemistry between the two is evident from the start, Asher having known someone who suffers the same phobia as C.J tries to help out as much as he can.

While C.J is fast developing feelings for Asher and believes that theirs is the beginning of a new relationship, Asher makes a proposition to C.J to pretend to be his fiancee to be rid of his stalker ex-girlfriend, in return he'll give her $100,000, also letting her know that he is incapable of falling in love with anybody and she shouldn't expect anything more, C.J is insulted and refuses to have anything to do with Asher, but when she is in dire need of money she has no choice but to agree, it's not too long though before they both start falling in love with each other even Asher who swore that would never happen, but when a secret that Asher has been hiding comes to light will this be the end of their relationship?

With a shock of an ending that will leave you desperately wanting and needing the next book, this is one series that you'll have trouble putting down, full of suspense, drama, mystery and some really hot love scenes to boot this story will be sure to keep you on your toes.

Anie has written a  great start to a new series, that is sure to entertain and keep you enthralled from the get go.

Annie Jocoby is the author of 8 contemporary romance novels and 3 New Adult contemporary romance novels. Her motivation to begin writing these novels is that she was interested in writing about rich men who actually love and respect their women. Her heroes are alpha and damaged, yet also genuinely good guys.
Ryan, Nick, Luke and Asher are all complicated characters who have experienced plenty of darkness, yet always seek the light. They would all go to the ends of the earth to protect the women they love. And they’re all sexy, enigmatic, magnetic and great in bed.
All of Annie’s books have things in common: they all combine a touch of mystery and intrigue with drama, love, and lots of hot sex. Some of the books have action and even some criminal elements in them. Her current book, in fact, is her first book that would be classified as straight romantic suspense, although it also combines definite elements of the thriller genre! If you’re in the market for a book that is fast-paced, where the heroes are beautiful and wealthy, and the heroines are strong, vulnerable and flawed, then try these books out!
WEBSITE  GOODREADS  FACEBOOK