by Willow Cross
For one-thousand years, Druid prophecies foretold of a young witch destined to alter the fate of both human and immortal alike. This witch-turned-vampire would be capable of harnessing the supernatural abilities of both and, in a bloody rise to power, would rule with unwavering control.Unwillingly thrust into a world she never dreamed existed, Liz Markum is catapulted into an ancient war between rival vampire factions. She must choose between those she loves and the ever-present darkness attempting to devour her very soul.Only one question remains: Will Liz claim her birthright or surrender to the dark gift?One choice.One chance.Two destinies.
My Thoughts...
I had never heard of this book or it's author before until I got the opportunity to take part in this blog tour, and after reading it I'm so glad that I did take part, this book was fantastic all thanks to it's author Willow Cross.
I'm always interested in authors different takes on the vampire myth, especially when it's something unique, well this story had that from the laws of the vampires, the abilities they are capable of and the way that they create mates, families, friends etc.
As soon as I started reading this I knew I wasn't going to put it down in a hurry, unfortunately I had visitors so down when the book although not before getting through 49%, but the that's the worst thing about reading a book you really love when you get interrupted, and that's all I kept thinking about until they left and I was able to resume reading.
The one thing that grabbed my attention from the off-set of this book is that you're straight into the action, you're right there as Liz our heroine is escaping from the man who bit her and subsequently turned her into a vampire, but it all works out as Michael (the vamp who bit her) teaches her all she needs to know in her new life and they end up falling in love.
But all is not right in the vampire world, war is looming and Liz is smack bang in the middle of it, but with the help of other vamps, witches and characters from Greek mythology whom are more of the vamp persuasion these days they may just defeat the traitors who have taken control of the fortress (the vamp council's headquarters) and have turned thousands of innocent humans into vampires to build up an army.
I loved the different pov's in this book, I like knowing what other characters are thinking, the supporting characters are as fantastic as the main characters, this is such  a great action packed story and I highly recommend it to any one who loves their paranormal stories with a      heroine who can kick-ass.
Now I just need to get my hand on the next book in hopes it'll answer some of the questions I was left with at the end of this one.
I give this 4/5. 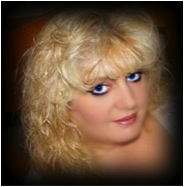 Willow Cross resides in Arkansas with her husband, two children still young enough to live at home, an enormous cat named Bitsy, and a neurotic dog named Tank. Her home has been known to host the occasional ghost and several of her friends profess to be witches. Although she dearly loves Vampires and Werewolves, they are never invited for dinner.