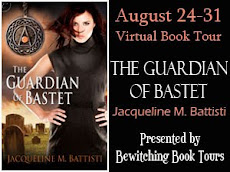 The Guardian of Bastet 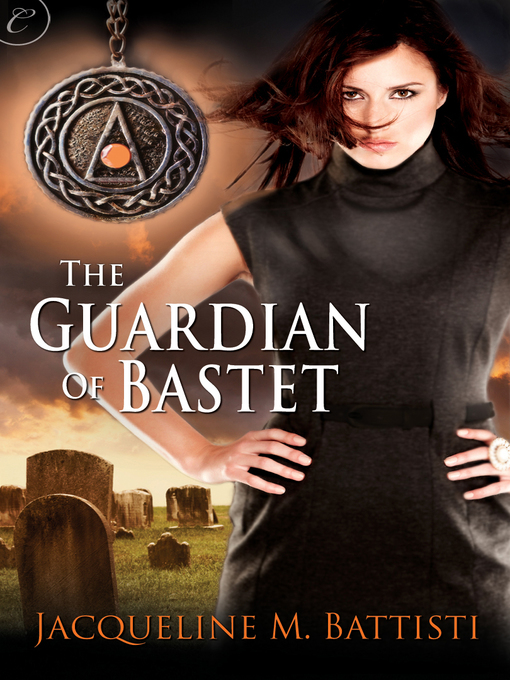 Book Description:
Cat-shifter Trinity Morrigan-Caine has discovered a demon is killing supernaturals. Magically challenged, she has every intention of letting handsome Alpha werewolf Gordon Barnes handle it. But after a dying vampire gifts Trinity a mystical amulet, she is drawn into the fray as the legendary Guardian of Bastet, a warrior born when the need arises.

Though Trinity initially rejects the role, she warms to the idea when Gordon agrees to train her—and their passion for each other grows as he teaches her to embrace her animal instincts.
As she begins to accept her destiny and believe in her growing powers, Trinity realizes the danger is even closer to home than she ever imagined—and she and Gordon are going to have to face the demon in a fight to the death...

The Guardian of Bastet Short Excerpt:

Like a good girl, I try to say my prayers every morning. This morning was no exception.
“Goddess, it’s me, Trinity Morrigan-Caine. Could you please let me get through today without pissing off too many people or wanting to kill anyone? And would you please grant me patience for the idiots I meet and guidance to keep my mouth shut when they say something really freakin’ stupid? Thank you.”
Afterward, I felt better. Today was just one of those days. I slept through the alarm. My familiar, a longhaired Birman feline named Bronwyn, had to wake me up and there is nothing like being swatted in the face with a clawed paw first thing in the morning. I showered and then realized I had no clean work scrubs. Crap. I put on already worn scrubs which didn’t smell too bad. The only brightness of the morning was my cousin and roommate, Lily, had made a pot of coffee and saved me some before she left for work—and probably on time, of course.
Once again, I was late and I knew my boss was going to have kittens because of it. Okay, not literally, although the thought of that made me giggle aloud. No, I was the one who turned into a furry feline once a month. She was just a human pain in my ass.
I grabbed the travel mug and took a swig of the coffee I had heated up before leaving. I didn’t even care I burned my lips on the brew. I let out a deep sigh. Ah coffee, the elixir of gods and humans. There was just nothing better than the jolt of caffeine to wake up to. I drove to work whistling.

I'm a big fan of paranormal books featuring shifters of any kind and this book was no exception.
Trinity is a veterinarian with a gift, she can understand what animals are saying and thinking, that's because she has the ability to shift, the daughter of a witch and a father who can shift into a puma, the only thing she can shift into is a house cat and her magical abilities are pretty much non-existent.
All of a sudden people from different supernatural factions in their community are being murdered and they discover that a demon who has been summoned is responsible, not only that but Trinity discovers that she's crossed paths with this demon but had no idea at the time.

The local vampire Vincent comes to her one night injured after fighting the demon and informs Trinity that she is the Guardian Of Bastet and he's been waiting for the last three-hundred years for her to come along and to gift her with an amulet which holds power for whomever is the current Guardian, of course it takes Vincent a while to convince her that his story is true.
It then becomes Trinity's job to get rid of the demon for good, of course not before getting a crash course in witchcraft from her grandmother and tagging along with Gordan the local alpha werewolf to learn how to work with a pack.
I loved the characters in this story especially Trinity who finally came into her own after feeling like a failure to her parents.
And I like the relationship she found with Gordan, they make a good couple.
I would love it if this was to become a series, it's quite an interesting story that I can see continuing throughout further books.
A great new addition to the Urban Fantasy genre.
I give this 4/5.

Jacqueline Battisti was raised in Little Falls, New York where she met and married her high school sweetheart. They have two children and live near Rochester, New York where she is a stay at home mom and writer of the paranormal and urban fantasy of her vivid imagination.
Her first novel, The Guardian of Bastet, is being published by Carina Press August 20, 2012. She is currently working on a sequel as well as a dystopian paranormal.
Her life has taken her from the trials and tribulations of working as an administrative assistant at various companies, back to college as an adult student, and then into the adventurous world of motherhood.
Jacqueline began writing seriously in 2007 after attempting NaNoWriMo for the first time. It was the first time she had disciplined herself to finish a novel. From there, her supportive critique group was formed and attended, and then she attended RT Booklovers Convention in 2009. Jacqueline attended their aspiring authors workshops and met with many talented writers who inspired her to continue writing.

Flash forward to today: Jacqueline has two children who are very outgoing and keep her on her toes. Cub Scouts, Daisy Scouts, play dates, school activities for the kids...then writing, reading current authors, following blogs, facebook, household chores, gardening and exhaustion for mom. Add in a new puppy, two furry feline children and fish and you have the craziness that is the Battisti household.